Skip to content
shambhallah Uncategorized March 7, 2018November 6, 2018 2 Minutes
Hira Ratan Manek, is the man The University of Pennsylvania studied with funding from NASA,  24/7 for a hundred days.

He had boasted of surviving largely on just sunlight and small quantities of buttermilk & water. The university studies confirmed this during his observation time. They also studied the results on a small group of novice volunteers and the results were astounding. 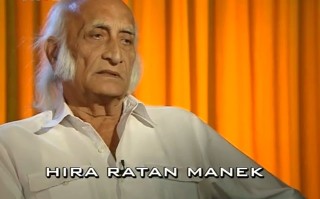 Sun gazing is an ancient practice going back thousands of years used in various ancient cultures. Sun gazing is performed for one hour after the rising of the sun or an hour before sunset, when Ultraviolet rays are at their lowest and you do not burn your eyes. if done correctly, this study confirmed that there are no risks of skin cancer or eye sight damage. In fact most participants eyesight improved.In Hong Kong, women between the ages of twenty and thirty  sungaze for weight loss as it reduces their desire for food.

The study found that sungazing resulted in :
– Loss of appetite (as seen above)
– Increase in confidence
– Easy problem-solving
And most astoundingly…
– Natural healing or disappearance of diseases and “negative qualities”, mental or physical

The pineal gland or “third eye”, along with the hypothalamus or pathway to the brain from the eye are charging up, akin to a cellular/mobile telephone getting charged. After those initial three months, energy from the sun begins reaching your brain. After this period, energy gets stored in all cells of your body. After 40 days your brain is charged at maximum capacity. You will sense a natural increase in confidence and a knack for problem-solving, as tension has been kicked to the curb. Mental ailments dissipate and are replaced by a positive, vibrant energy and “spiritual knowing”.

3-6 Months:
Mental issues cleared up and the body turns to healing the physical. There is a return to wholeness.

6-9 Months:
After six months other amazing things were noted. At seven-and-a-half months the need for food drastically lowers.  Cravings, smells, and general desire for food simply disappear and people sense a “charge” in the brain. This results after the of forty-four minutes of sun gazing is reached . Starting at 10sec for the first session and increasing by 10 secs per session. Stop when 44 mins is reached.

Part of the process is the post sungazing walk on bear earth. Walking for at least forty-five minutes per day for six days straight to be precise is recommended. Done for a year solid, you reached the pinnacle of life, with only 3-4 days a week to maintain the above abilities, and then some superhuman type abilities have been observed.
Including an increase in:
a) Intellect
b) Memory
c) Navigational capabilities
d) Telepathy
e) Spontaneous Levitation – The possibility of flight!
f) Bi-location – The ability to be bodily in more than one place at a time!

Many people know me from the hit psychic reality TV show ‘TheOne” from my You tube channel with nearly 2 million views and my blog. More people will know me from my writings and activism and getting laws changed here in Australia, some will know me from being magazine editor, Queensland business woman of the year, Australian of the year nominee, being a guest presenter at “The Parliament of The Worlds religions, or other awards I have won. View all posts by shambhallah